Principia / Blog / Consultancy / Is it possible to think of solar energy in the absence of numerical simulation?

Is it possible to think of solar energy in the absence of numerical simulation? 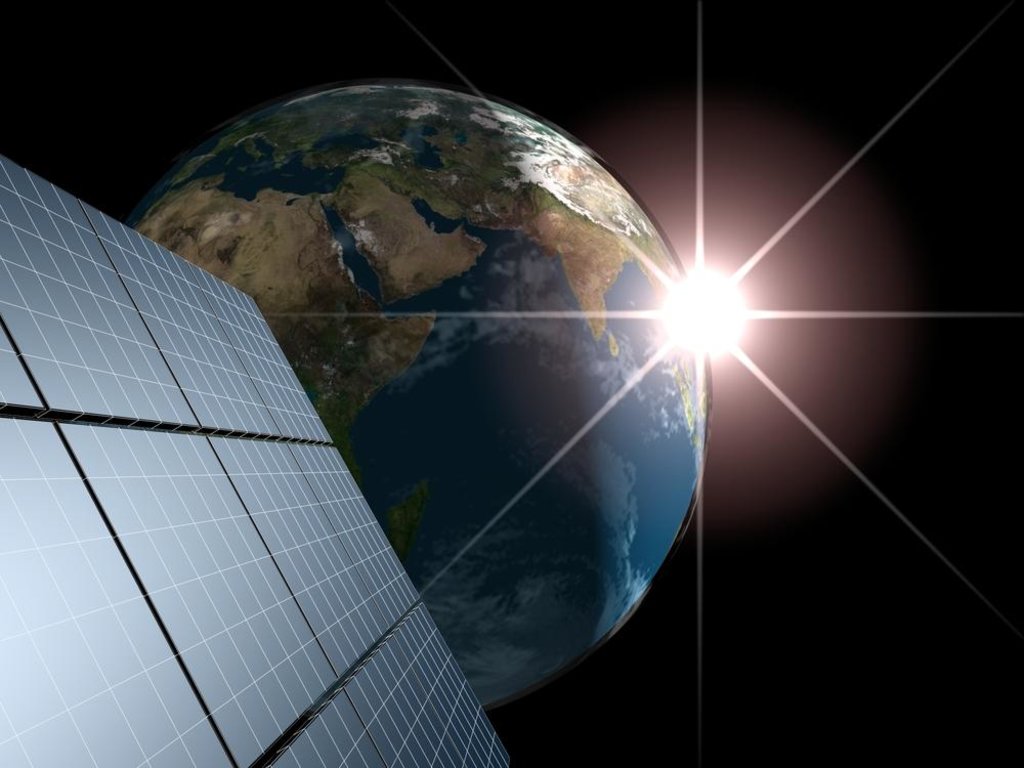 Numerical simulation is indeed a powerful tool. Nowadays most industrial processes are amenable to simulation, which can be used to conceive, design, test, optimise, and verify the process and its possible modifications.

Practically all the energy available on Earth has been contributed by the sun at some point. This may be a while ago, such as the chemical energy locked into hydrocarbons, or may be arriving right now, as in the case of the solar radiation reaching us while you read this post.

Chemically storing energy in hydrocarbons took a very long time, from decades in the case of wood to tens of millions of years for oil or coal; thus, one should be careful about using it lightly or quickly. Moreover, releasing that energy by burning the hydrocarbons produces undesirable side effects, such as greenhouse gases, an additional reason to use them sparingly. 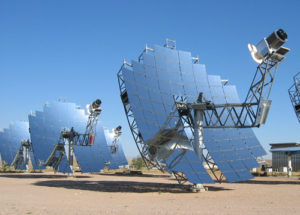 In this situation, it is tempting to try and tap the sun’s energy at an earlier stage, straight from its direct radiation. This can be done by converting it directly into electricity in a photovoltaic plant, or by using the sun’s radiation to heat a fluid and operate some sort of a thermal engine. And since the sun does not shine continuously, some solar thermal plants use molten salts to store thermal energy, which is gradually transferred to water to produce superheated steam and move a turbine and generator as required.

The processes mentioned above give rise to a large variety of problems that benefit from simulation and, starting in 2005, Principia has studied many of them.

In parabolic trough plants we have analysed the effects of winds, differential settlements, distortions of the mirrors and the collector tube, vibrations, welding and other mechanical problems, etc., as well as aspects such as the durability of the heat transfer fluid.

In solar tower plants, we have studied phenomena such as the vibrations produced by cavitation and collapse of molten salt bubbles forming in the downcomer from the tower. Also, those plants, as well as some of the parabolic trough plants, use two tanks for storing the hot and the “cold” (i.e. less hot) fluid.

Starting in 2007, Principia has designed foundations for several hot and cold tanks; and we also studied the problems experienced and the potential solutions for a case in which molten salts accidentally leaked from one of the tanks. 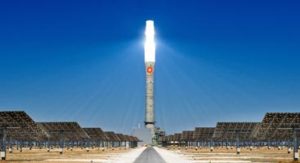 In all those tanks the base slab poses rather complicated problems, as the tank must remain well insulated to ensure an effective energy storage, but at the same time its base slab must be refrigerated to prevent temperatures under the tank from increasing to the point of boiling the interstitial water in the ground.

Photovoltaic plants are typically more robust, as they have fewer moving parts. But, even there, Principia has been involved in the study of various instabilities in the ground, threatening the operation and safety of the plant.

It is certainly not impossible, but it would be very hard to think of solar energy in the absence of numerical simulation.

Dynamic finite-element simulations can be carried out by either implicit or explicit integration of the equations of motion.