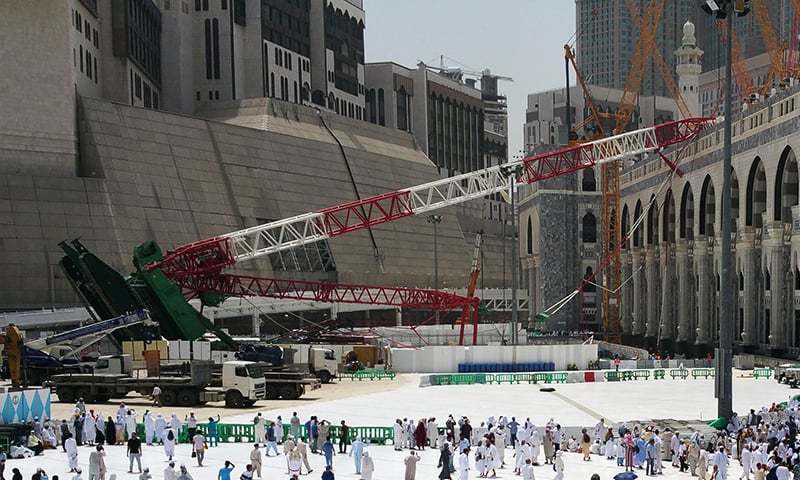 What was the cause of the collapse? The investigation of such events often requires enlisting the help of computational mechanics and Principia did just that in order to provide an explanation of the crane failure to the Saudi Binladin Group.

The Masjid al-Haram is the largest mosque in the world and surrounds Islam’s holiest place, the Kaaba. To accommodate the constantly growing numbers of pilgrims during the Hajj season, a major construction project was being undertaken to expand the mosque compound. The Saudi Binladin Group’s involvement included providing the crane which subsequently collapsed due to strong winds during a storm. 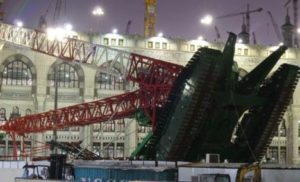 The crane itself was of considerable size, reaching a height of about 200m and weighing over 1100 tons. Principia investigated the interaction between the wind and the various elements of the crane, considering two specific crane configurations, the effect of winds from all directions in (30o increments), and progressively increasing wind speeds (assuming that a logarithmic wind profile prevailed at the site). The numerical investigations were accompanied by parallel wind tunnel testing on 1:22 scale models. The observed differences in the exerted forces were on the order of 12%.

Using Abaqus, Principia constructed detailed models of the complete crane, including the various lattices, cables, counterweights and other localised masses, crawler, etc., in order to analyze the general stability of the crane and the likelihood of it overturning when subject to the force applied by winds with different speeds and directions..

The studies allowed us to compare the effects of the various wind conditions. In particular, it was found that the most damaging wind direction was that aligned with the plane of the crane, pushing the crane forward. For that particular wind direction, wind speeds of 68-75km/h (depending on crane configuration) at 10m elevation appeared to suffice for toppling the crane; given the logarithmic wind profile, the corresponding wind speeds at 120m elevation are 141-155km/h.

The reported wind speeds during the afternoon of the accident were in the 80-105km/h range, although the applicable elevation was not mentioned in those reports. Nonetheless, the implication is that the winds experienced appear to be sufficient to cause the overturning of the crane.

With a clear understanding of the governing physical processes and adequate numerical tools for analysis, reality can be accurately reproduced, whether to explain past disasters or to prevent future ones.

Understanding the reasons for the success of spider webs would allow us to apply that knowledge to the design of light structures or the development of biomaterials with higher strengths than are currently available.