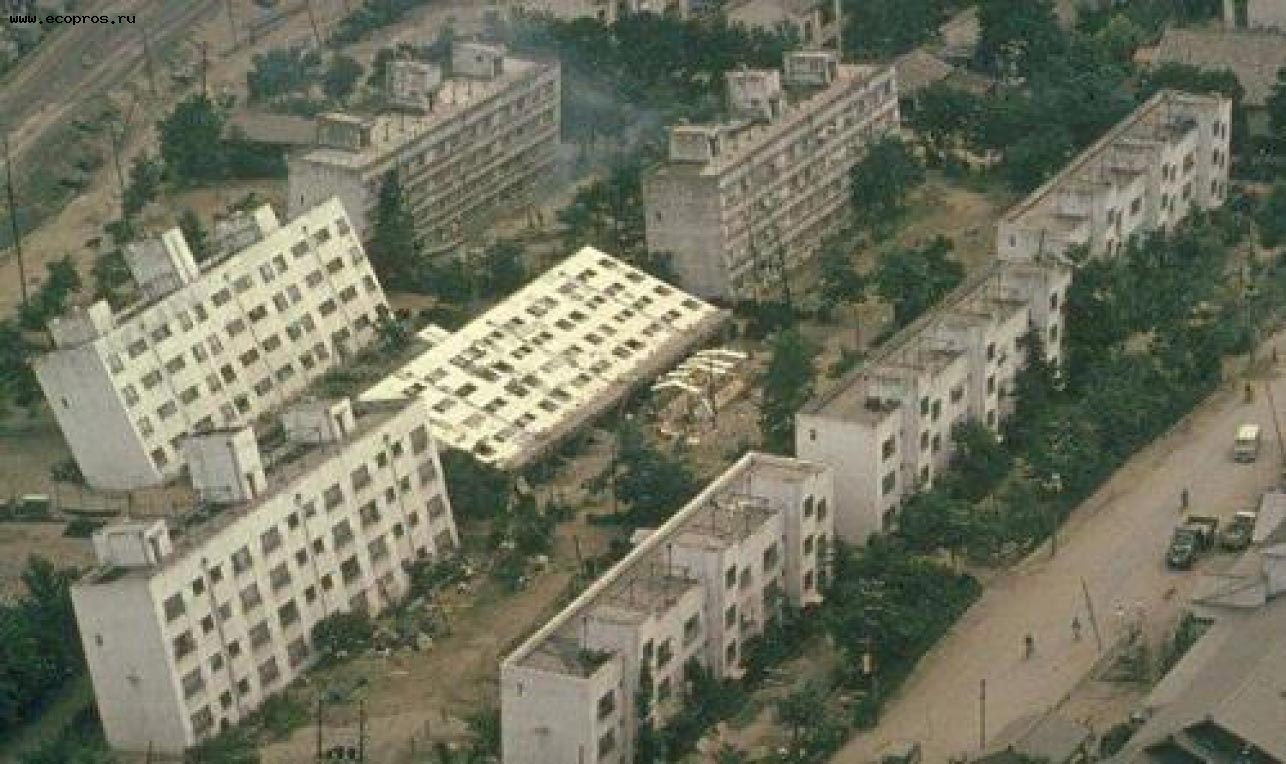 Outside geotechnical engineering, people tend to think of quicksand in terms of horror stories in which somebody is happily walking on what he thought was firm sand, which then started to flow and ended up swallowing him whole and wholesome.

There are various ways in which sands can liquefy but, rest assured, they will not swallow you, at least while your density remains lower than that of a suspension of sand in water, i.e.: always, unless you are wearing a hefty lead belt.

If the water in a saturated sand has a pressure gradient large enough to compensate gravity, buoyancy will cancel weights and the effective pressures between the sand grains will vanish. Since the strength of sand comes from the friction arising from those effective pressures, it will also vanish: the sand will no longer behave as a solid, support your weight or maintain a slope; also, buried structures with a bulk density lower than that of the sand (culverts, pipelines, underground command centres, etc) will float to the surface.

The pressure gradients required for liquefaction can be sustained in artesian conditions, but they may also be developed by an earthquake if the sand is in a loose state and the earthquake is sufficiently energetic to trigger its densification. The world became especially aware of this problem after 1964, when two large earthquakes at Niigata (Japan) and Alaska caused widespread instances of liquefaction.

Principia has dealt with liquefaction problems since the company started 40 years ago. Our studies extend to installations such as the Devonport submarine docks in the UK, the Oresund link between Denmark and Sweden, storage tanks for liquefied natural gas in various locations, tailings ponds in Spain and Peru, underground shelters, wind farms, refineries, etc. In those studies, one needs to study the resistance of the local ground to liquefy and the capacity of the region to produce earthquakes that might induce it. And there are other dynamic events that may trigger liquefaction, such as an explosion or a sudden failure. For example, the Aznalcollar disaster, which we studied for the owner, would have been barely noticeable if the stored tailings had not liquefied upon the onset of failure: this is what allowed the tailings to follow and continue pushing on the displacing dam and helped them also to escape the storage pond.

The occurrence of liquefaction has more than one harmful effect. On the one hand, as mentioned earlier, the ground suffers a temporary loss of strength, which can cause all types of failures. But the densification of the sand will also entail permanent settlements, which cannot be expected to be uniform and will also distress any surviving structures.

If a site is potentially liquefiable by earthquakes, you can do several things, besides talking to an expert. Firstly, you can try to densify the sand before the earthquake comes to do it. A second strategy is to provide drainage paths for the water to be able to escape, so that excess pore pressures cannot build up. And, finally, there is always the possibility of moving to another site…