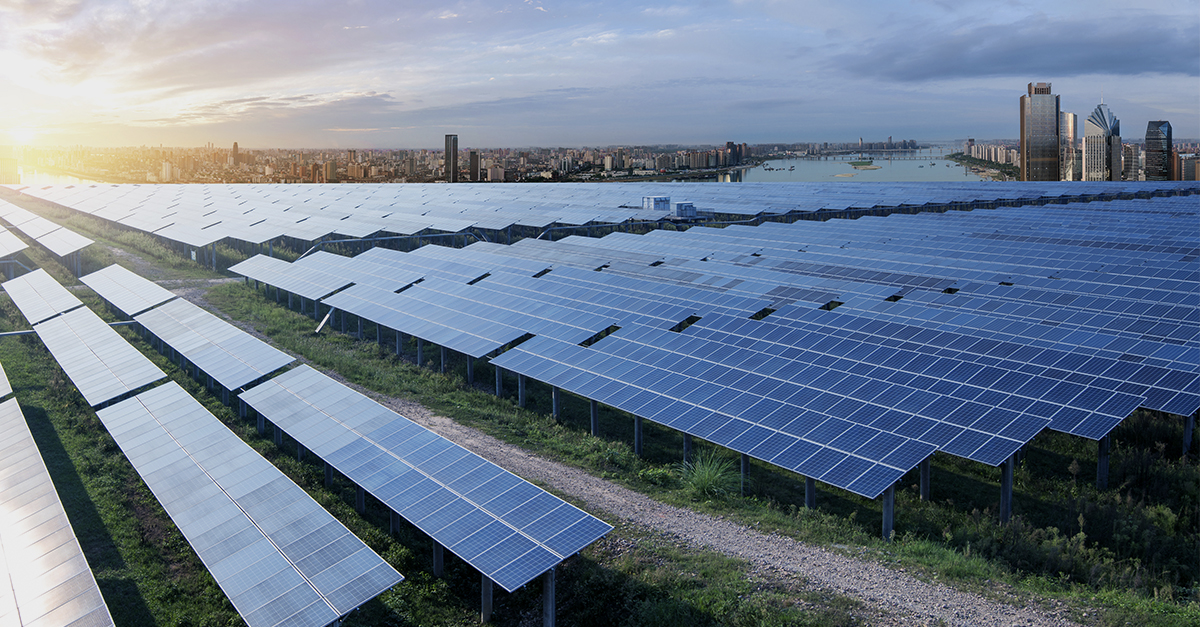 There is no question that the exploitation of renewable energy sources is on the rise. This includes many types of sources, all of which are ultimately powered by the sun. Some of them, like hydroelectric power, already have a long history behind; at the industrial scale, harvesting some other sources, like photovoltaics, is more recent.

Not all the problems associated with a new technology are instantly found. The continuous operation over the years of a large number of facilities inevitably uncovers further idiosyncrasies that had been initially disregarded.

A case in point is the behaviour of single-axis photovoltaic trackers, stowed while experiencing strong winds. The orientation of the panels is controlled by a torque motor and transmitted to a series of panels by means of a torsion tube. It stands to reason that, if one wants to reduce the wind loads, the cross-section offered to the wind should be minimised. Hence, the stow position adopted for panels experiencing high winds is typically horizontal. But a series of mishaps have shown that this strategy may be less effective than one would expect.

The first mode of vibration of this system is a torsional one, with the rotation amplitudes increasing from zero at the motor to reach a maximum at the last panel connected to the torsion tube. It so happens that the system, with horizontally stowed panels, is susceptible to torsional galloping when the wind exceeds a critical velocity.

The mechanism is not straightforward. A small rise of the leading edge of the panel causes a vortex downstream and a rotating moment that tends to increase the perturbation. The vortex grows until its trailing end leaves the tracker, whereupon the moment suddenly decreases and the tracker rebounds and causes a rotation in the opposite direction. The process is then repeated with opposite sign. And so on.

The mechanism is therefore locked in the first mode of vibration of the line of trackers extending from the motor and the resulting torsional galloping is capable of causing considerable damage.

Although the basic points can be understood with adequately tuned 2-D models, the full picture can only be obtained by 3-D aeroelastic models, as the rotations developed increase with distance to the controlling motor and so do the fluid-interaction effects.

The same applies if, instead of numerical simulation, scaled models are used to study the problem in a wind tunnel.

A way of avoiding the instability is to adopt a stow position that is not horizontal. In this case, however, it becomes necessary to deal with the additional static forces generated by the wind, as well as with the buffeting effects caused in the panels downstream.

The problems described are not simple to deal with. Fortunately, SIMULIA has the right tools to study them (Abaqus and XFlow with its robust Co-simulation Engine) and, if need be, Principia has the experience of using them for analysing that specific problem.

What can electromagnetic simulation do for your health?

Electromagnetic simulation is the only way to analyse and understand the distribution of the electromagnetic fields in the body and identify their potential dangers.

Over the last decade the possibility of integrating photonic capability on a chip has started an unprecedented wave of innovation in the optics community.

Over the last decade the possibility of integrating photonic capability on a chip has started an unprecedented wave of innovation in the optics community.