Effects of fire on structures 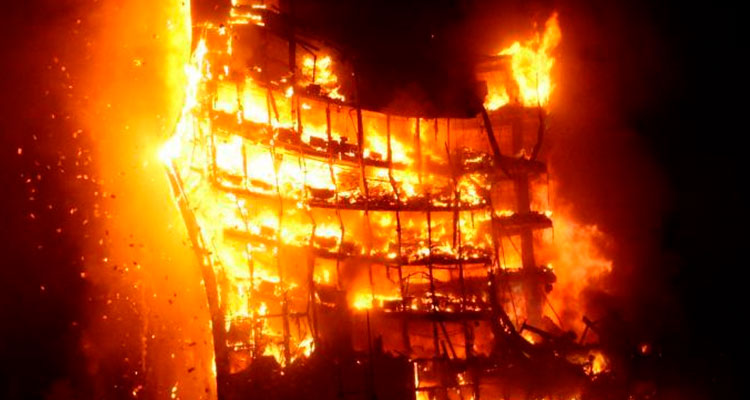 Fires occur naturally, ignited by lightning strikes or volcanic products, even by the spontaneous combustion of degrading organic materials. More frequently, fire is a result of human action, whether deliberate or accidental. Indeed, combustion was the first controlled chemical reaction discovered by humans and continues to be the main method to produce energy for humanity. The thermal energy released in the combustion of a fuel is harvested for diverse uses such as cooking, heating, transport or electricity generation.

Unintended fires can also be a threat to the operation of our facilities and the integrity of our structures. They entail changes in the materials, as when they burn or melt; and even for materials that resist with few changes the temperatures developed, the increased temperatures cause thermal dilation and, through the compatibility of displacements, changes in the state of stress. Remember that the Twin Towers in Manhattan did not succumb straight away under the direct impact of the planes, but collapsed hours later once the lame structures were subjected to the effects of the ensuing fire.

Because of both its dire consequences and the complex material behaviours it activates, fires are a recurrent subject in our consulting work. In many instances, we analyse structures to ensure that they perform adequately under the effects of a postulated fire for a certain length of time 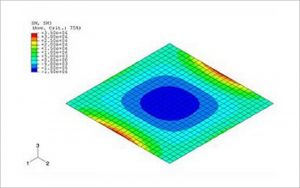 In this context we have studied many storage tanks for liquefied natural gas, in which a variety of fire accidents must be considered. We have also analysed nuclear structures, even a bridge with piers located in wooded areas. And we have also participated in international exercises, to predict and interpret the effects of fire tests on composite steel-concrete structural members.

Other times we are called in after the fire has already occurred, whether to investigate its causes and development or to analyse its consequences and propose remedial measures. Along the former line of work, we have studied accidental fires at a number of wind turbines; and we investigated the catastrophic failure of a glass furnace, which is a rather expensive facility that operates at about 1500 ºC.

We also examined the case of a facility that had experienced both a fire and the collapse of a pylon supporting a high-voltage electricity line. The basic question was which event was cause and which was effect. The brittle failure experienced by the ductile steel of the pylon gave the clue: a pre-existing fire had caused melting of the galvanisation, leading to liquid-metal embrittlement. 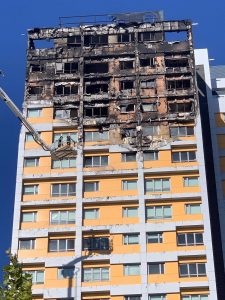 An example of the second line of work is offered by a large reinforced concrete structure that recently underwent a fire that consumed all the wooden formwork, subjecting the exposed surface of the structure to high temperatures for a period of several hours. Principia conducted the site inspections, carried out thermal and mechanical analyses, organised the coring and testing of samples, and designed the appropriate remedial measures to allow construction to proceed.

Thus, if you need to assess your structure under the effects of fires, or if you need to repair the damage already caused by one, and do not wish to get burnt in the process, come to somebody who knows how to deal with it.