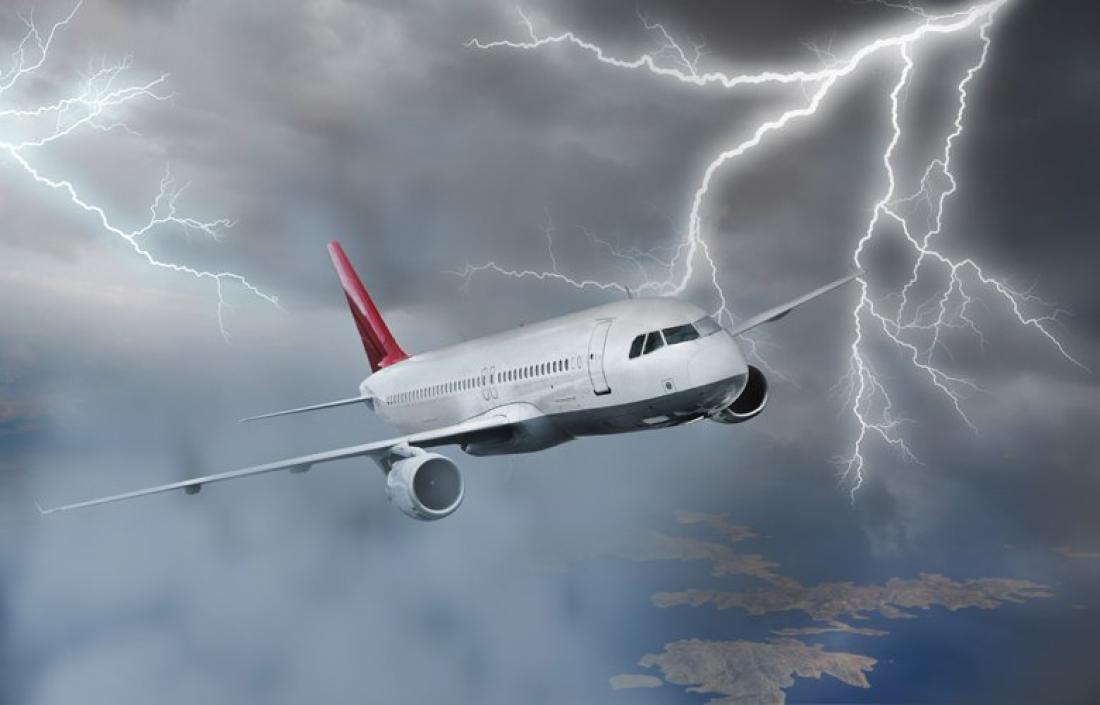 Flying does not come naturally to humans. Thus, when we board a plane, we wish for a safe and uneventful flight. And we certainly hope that everyone involved has done his job properly to make this possible.

Air turbulence is a fairly frequent cause of concern. And storms, with lightning around the aircraft… or directly striking it. Commercial airliners are struck by lightning on average about once a year. But, don’t worry, the fuselage will operate as a Faraday cage and we will be safe.

Or will we? The aircraft body needs to be able to resist the high temperatures associated with the strike, while the onboard electronics must remain immune to the high currents and fields. The rise of lightweight composite materials, such as carbon fibre, in place of metals increases the complexity of lightning-safe design, since composites are poor conductors and do not provide much electric shielding. 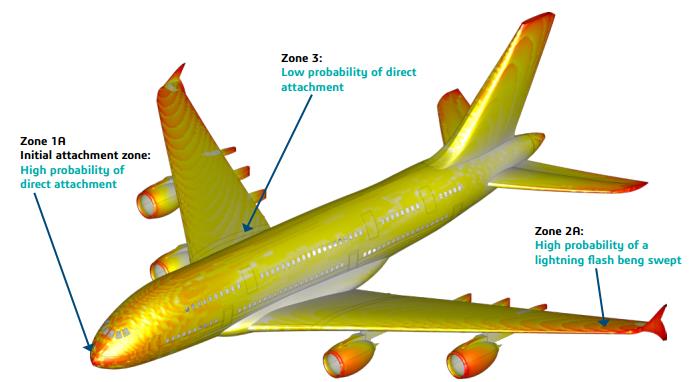 To be approved for flying, an aircraft needs to demonstrate that it satisfies all the safety requirements, including those associated with lightning strikes. Testing a full-sized aircraft for lightning safety is extremely expensive and, if a problem is found, correcting it can be even more costly. Scaled-down models are cheaper, but don’t always respond to electric fields in the same way.

Virtual testing using electromagnetic and multiphysics simulation allows engineers to investigate the behaviour of the aircraft under a variety of scenarios and to see the effect of design changes on electric currents and fields, without the hefty costs involved in physical prototypes.

Starting with a basic design, lightning zoning analysis can be performed to calculate where lightning is most likely to attach to the body. Time-domain simulation can then simulate the entire lightning pulse in detail, showing how currents propagate over the surface of the aircraft. Tiny details such as seams and wires can provide routes for currents to penetrate the fuselage, making their modelling and simulation critical. The calculated currents and fields can then be used as the basis of a thermal simulation to evaluate how much the materials heat up during the strike.

Receiving a lightning strike while flying will probably still not be your cup of tea. But you will at least know that virtual simulation made it safer.

A well-designed radome is transparent to the electromagnetic waves within the operating frequency band of the antenna while satisfying the structural and aerodynamic requirements.

A well-designed radome is transparent to the electromagnetic waves within the operating frequency band of the antenna while satisfying the structural and aerodynamic requirements.