The aircraft industry has myriad problems that benefit from simulation and, at Principia, we do our best to solve many of them. Paramount in their priorities is the question of weight. In the course of each flight, every kilogram must be lifted some 10 km and flown to its destination. An extra kilogram in a typical commercial aircraft entails about $300,000 per year in fuel costs.

As a result, in the design of planes, every effort is made to minimise weight while maintaining the required capabilities and safety. And those requirements are of many types. Take for example the impact from flying birds, which can take place particularly when the aircraft is close to the ground in the course of take-off and landing operations. A number of aircraft surfaces must be able to sustain such impact without undergoing perforation.

An airworthiness certificate typically requires actual physical tests, in which live but sedated ducks, weighing some 1.8 kg, are accelerated to hit the structure at about 150 m/s. Although the physical tests must eventually be performed for certification, designing by a process of trial-and-error is impractical because of the time and costs involved in constructing full-scale, representative specimens and subjecting them to the tests. 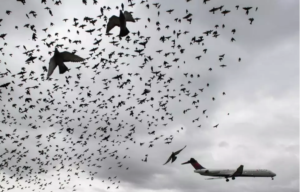 The answer is, of course, simulation. But here is where the importance of weight saving tends to complicate the simulation. Instead of ductile aluminium alloys, which were the materials on which we started bird impact calculations, leading edges are now made of lighter composite materials. Their behaviour is not easy to model, but remains reasonably tractable until very near failure; however, at that point, anisotropy, fibre failure, delamination, all sorts of complex phenomena kick in. And because saving a kilogram is so important, there will be no spare capacity beyond the strict fulfilment of the design events; in other words, the calculations to be performed are guaranteed to be difficult, practically at the edge of the state-of-the-art.

Principia has conducted bird strike simulations on leading edges and other parts of a number of commercial and military aircraft, both with aluminium alloys and with composite materials. Also, and perhaps more important from the viewpoint of learning, we have participated in two European R&D projects, CRASURV and CRAHVI, both of them dealing with the survival of aircraft impacted by birds, debris, hail, and other moderate obstacles. 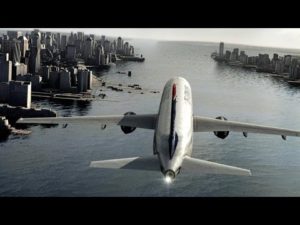 There are many instances of planes affected by birds striking the airframe or being ingested into the engines. Perhaps the most famous one is the US Airways Airbus A320 that, while ascending from take-off at La Guardia in 2009, encountered a flock of Canada geese, experienced an almost complete loss of thrust in both engines, and had to be ditched in the Hudson River, which it managed to do successfully.

You can be sure that all the planes you board satisfy the design requirements and that, in so achieving, they do not use a single kilogram that is not absolutely needed. And that, before the final certification tests, extensive use was made of simulation in the process of attaining the required safety with a minimum of mass.