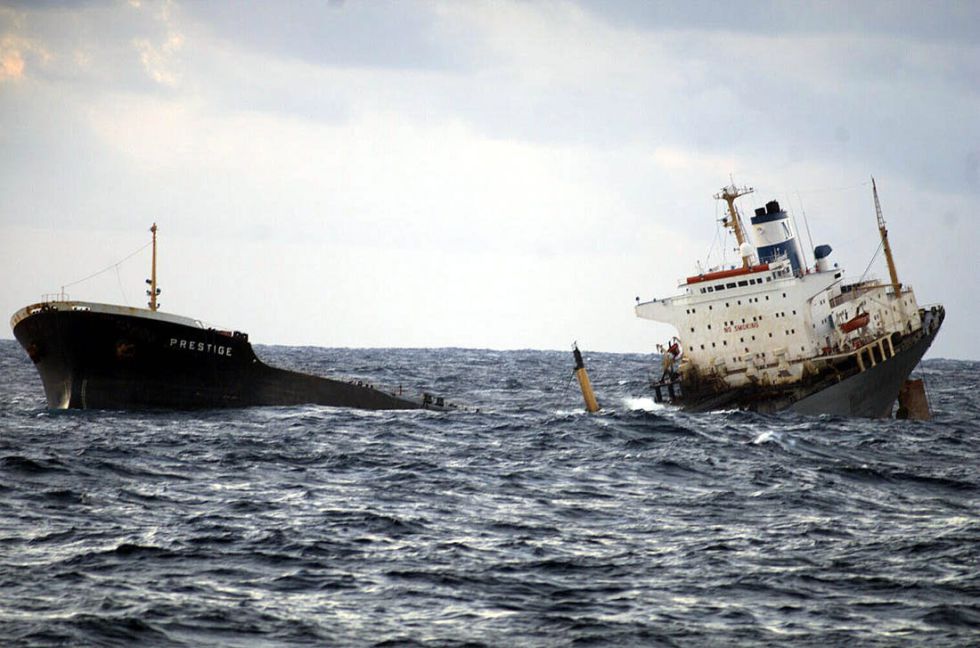 The Spanish Supreme Court has produced in December 2018 its final ruling on the financial responsibilities arising from the sinking of the Prestige tanker and the contamination that ensued. This implies the end of the judicial case in Spain and the beginning of another one in the United Kingdom, which would have to implement the ruling.

Many questions come to mind, such as why reaching this stage took the courts more than 16 years. Or what were at the time the expectations of the decision-makers when sending from near shore to the mid-Atlantic a ship loaded with crude oil and sporting a 15 m hole on its starboard side; it is hard to imagine a different outcome from the one that took place.

Irrespective of those and many other questions, now that the legal affairs are settled, it is time to recall that in 2003 and 2004 Principia conducted a series of 11 separate investigations, all of them with a strong simulation component, in support of the activities of Repsol in relation with the Prestige tanker.

We started by generating a rheological description of the strongly non-Newtonian behaviour of the crude oil. This allowed using numerical simulation to analyse and eventually optimise the possibilities of extracting the remaining fuel through orifices practised in the deck.

We also conducted numerical analyses of the sinking process of the two fragments in which the hull broke, their downward travel and the impact against the sea bottom some 20 minutes later at a depth of about 4 km. All this served to assess the current state and stability of the wreckage which, incidentally, following the impact, had “sailed” along the mild slope of the sea bottom for several hundred metres before coming to a standstill.

One of the possibilities considered was installing a canopy over the wreck to collect the fuel from the tanks, which would be subsequently raised by pipe to the surface. We studied the operation of the canopy and the riser for their intended functions.

Flexible containers were also considered for transferring the fuel from the ship to the surface. We conducted numerical analysis of the dispersion of the contents as a function of wind and sea state to determine the length of barriers needed in case of an accident. Eventually the flexible containers were discarded in favour of rigid ones, which we also studied.

Simulations were carried out of the whole process of recovery of fuel from the wreck and the stability of the structure was evaluated as the fuel was extracted and its associated buoyancy changed. We also determined the final expectations of recoverable and non-recoverable fuel from the tanker.

A major activity in the whole process was to provide means for the visual communication of our technical results to non-technical audiences. We prepared animations, using the results of the simulations, of all the operations mentioned above and even of some that did not involve simulations, like the use of bio-remediation measures to degrade the fuel left in the tanks.

We cannot really do much about ailing, single-hull tankers sailing around, about the authorities taking questionable decisions, or about legal cases dragging on in our courts. But we excel at the simulation of mechanical and structural processes, whether they involve fluids, solids or both. Let us hope we do not have to use these capabilities soon in similar applications.

Principia has conducted bird strike simulations on leading edges and other parts of a number of commercial and military aircraft, both with aluminium alloys and with composite materials.

Principia has conducted bird strike simulations on leading edges and other parts of a number of commercial and military aircraft, both with aluminium alloys and with composite materials.