Principia / Projects / Vibrations and acoustics / Suspension cables of a bridge

Suspension cables of a bridge

In a suspension bridge, the deck hangs from single cables or pairs of cables. In the case of a road bridge we analysed, they were double cables and, with moderate winds blowing transversely to the bridge, they developed vibrations of worrying amplitude.

Principia was commissioned by the designer to investigate the origin of the vibrations, which could be assigned to feedback from the leeward cable to the fluid-structure interaction phenomena. Once the cause of the vibrations was known, a simple procedure could be proposed to eliminate them. 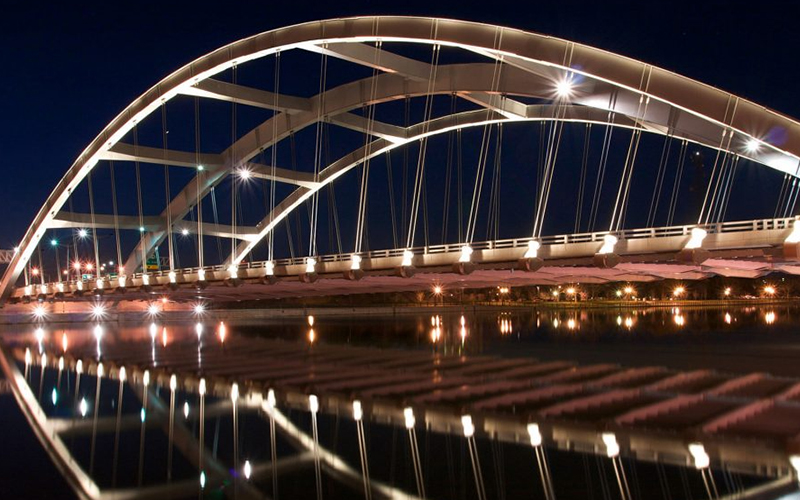 Vibrations caused by the Doha metro

Extension of the Reina Sofía Museum

Vibrations of pumps and turbines

Vibrations caused by the Doha metro

Vibrations of pumps and turbines

Extension of the Reina Sofía Museum