Evaluation if the seismic site effect

The seismic action at a site on the magnitude and location of the earthquakes that might occur, but also on the geotechnical characteristics of the site.

Principia has analysed this problem both to establish the design seismic motions at a site and as part of the studies required for considering other local effects, such as soil liquefaction. Principia also collaborates with the Seismic Subgroup of the European Nuclear Agency, and also in Working Area 1 of the ISSC (International Seismic Safety Centre) of the International Atomic Energy Agency (IAEA).

The figure shows an example of the local amplification exhibited by the response spectrum at the site of a windfarm. For this type of calculations, Principia uses in-house analytical calculations, as well as programs of more general use, such as SHAKE and Strata. 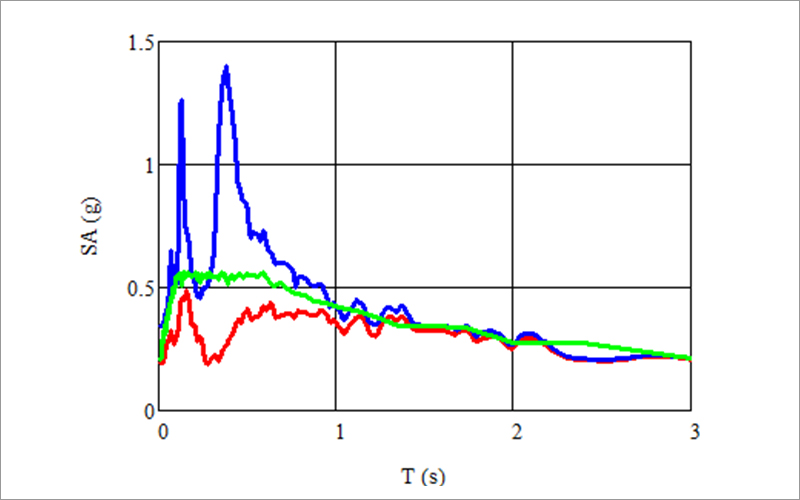