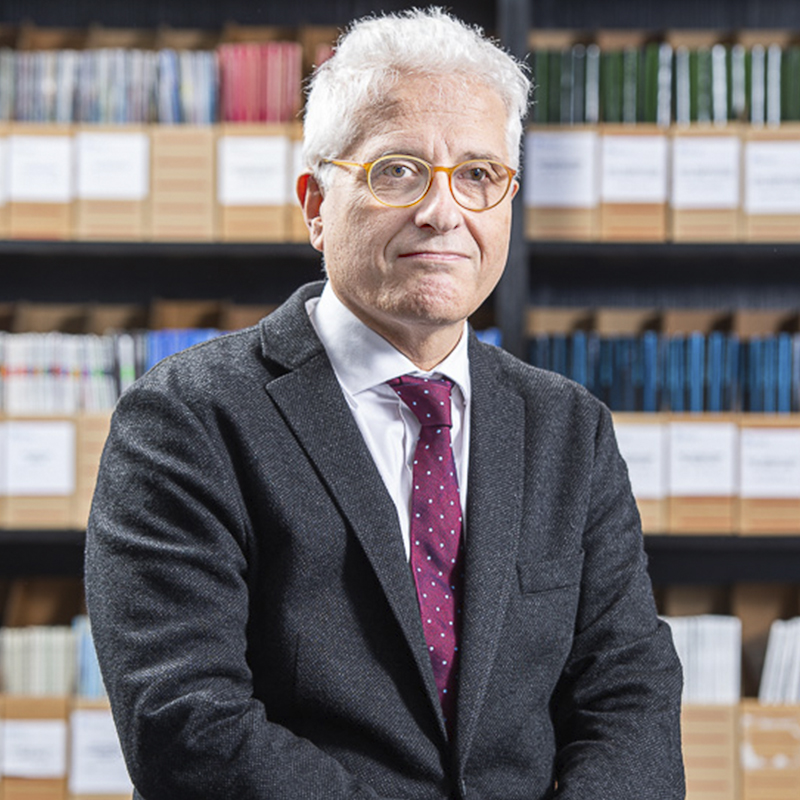 Francisco Martínez became a Civil Engineer in 1987 at the Polytechnical University of Madrid, where he also earned his PhD in 1993. He is Director of Operations in Principia and Associate Professor of Continuum Mechanics and Structural Theory at the Madrid School of Civil Engineering.

His professional career has always developed in Principia, which he joined in 1987. His doctorate studies were conducted while working in the company. He started lecturing in 1992 and became a tenured Associate Professor in 1996.

Dr Martínez started working in structural mechanics, specializing in problems such as cracking, strain localization, damage mechanisms and constitutive modelling of structural materials. He then went to conducting other studies in non-linear dynamics, dealing with impact, seismic effects, large dynamic deformations, explosions, and metal forming. He is particularly competent in the numerical and computer simulation aspects.

He has been active in many industrial sectors, but a special mention must be made of his participation in some 60 projects of storage tanks for liquefied natural gas, in at least 20 of which he had overall responsibility for the civil design.

Another area in which he is very experienced is that of wind turbine towers and their foundations, having carried out some 50 projects, some in support of the designers, others to understand and remedy the problems experienced by some towers.

He has also been involved in many projects dealing with soil-structure and fluid-structure interaction, impact analysis and a variety of structural dynamics and earthquake engineering problems. Dr Martínez is also experienced as a technical auditor in legal cases and post-failure investigations.

He is the author of well over 50 technical publications, mostly international in character. Besides Spanish, Dr Martínez is fluent in English and has moderate knowledge of German and French.