Shallow earthquakes offshore, with magnitudes above about 7.5 and an important vertical component of the relative displacement may originate tsunamis.

Principia has evaluated the tsunami hazard for a number of coastal sites in Algeria, Huelva and Chile. The results of such studies are usually presented in terms of the probability of exceedance of each wave height.

The video presents the results of a hydrodynamic model analysed with DELFT 3D for a specific scenario and it shows the propagation of the waves produced by an 8,5 magnitude earthquake occurring in front of the Chilean coast.

The seismic hazard at a site is the annual probability of experiencing each level of seismic motions at the site. Its determination is frequently accompanied by the generation of uniform hazard spectra.

Principia’s staff are continuously involved in various collaborations with various institutions concerned with seismological issues, such as IGN, CSN, OECD-NEA, IAEA, etc. Among other things we participated in the development of the new official seismic hazard map of Spain issued by the Ministry of Public Works in 2013.

The figures show a map with the historical distribution of epicentres in Spain and the seismic hazard map recently produced by Crespo et al (2014). 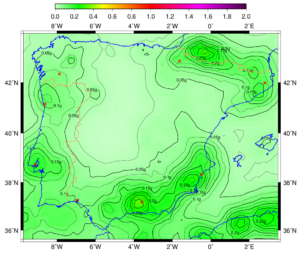 The seismic action at a site depends on the magnitude and location of the earthquakes that might occur and on the local geotechnical characteristics of the site.

Principia has analysed this problem both for defining the design seismic motions at a site and for basing subsequent studies of local effects such as liquefaction studies. This type of work has been conducted for various industries, in recent times perhaps especially for liquefied natural gas facilities and for wind farms.

On that same subject, Principia participates in the Seismic Subgroup of the OECD Nuclear European Agency, as well as with Working Area 1 of the ISSC (International Seismic Safety Centre) of the International Atomic Energy Agency. 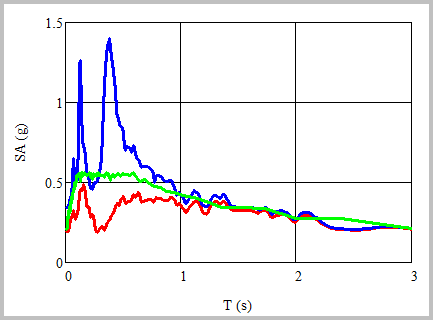 Site evaluation of the seismic hazard

Principia employs a reliable, state-of-the-art methodology for conducting such studies, using non-parametric procedures for establishing the activity rates and the more up-to-date attenuation relations for each geographical area and type of earthquake.

The results are typically expressed in terms of seismic hazard curves and uniform hazard spectra. Some results of this type are presented for Manzanillo (Mexico). 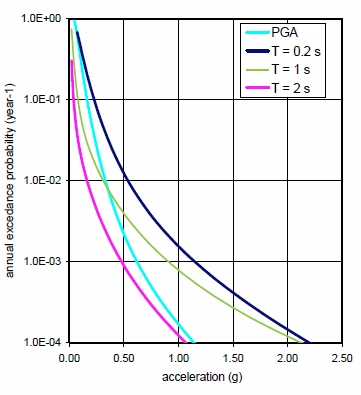 For the new nuclear power plant Hinkley Point C in the United Kingdom, Principia investigated the hazard of faults capable of creating surface ruptures at the plant site.

The work on capable faulting followed other studies carried out by Principia for that same plant, which included the evaluation of the seismic hazard at the site, analyses of sensitivity of the results, and a specific seismic hazard study for the feed water structures located offshore. 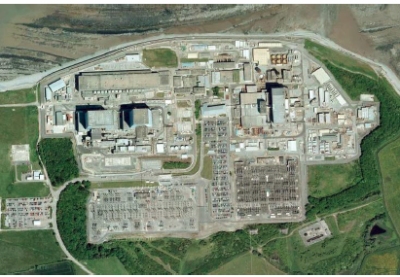 Society is gradually adopting more rational and objective approaches to establish the risk levels that it considers acceptable. Also the methodologies provided by risk analyses are increasingly being employed in the process of deciding between various available alternatives.

Principia frequently contributes in projects of this type, some times with hazard evaluations, others with consequence analyses, etc. In such projects, Principia normally collaborates with a risk analysis specialist, thus providing a more global perspective than Principia alone could generate. In particular, Risk Support Ltd is a frequent partner of Principia in these projects.

The new port planned for A Coruña in Spain is one of the projects in which Principia and Risk Support collaborated for conducting the risk analysis. The figure shows a typical loss-frequency curve; the comparison of curves of this type, obtained for the various options, is usually an essential ingredient of the decission making process. 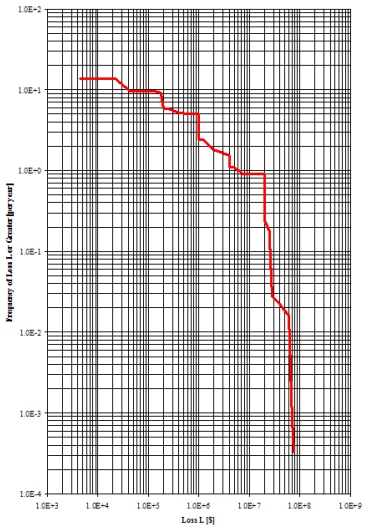